Small Screen Chatter is the brainchild of two best friends, Kelly Freire and Kritika Murli, where we explore and analyze our favorite television shows, episode-by-episode, in podcast format.

We started as coworkers but are now long distance best friends. Kritika lives in Houston, TX and Kelly’s in Portland, OR. Over the years we’ve been friends, we’ve had way too many phone calls discussing the many, many shows we watch together. Our obsession over TV was one of the biggest bonding factors for us and we wanted to share our discussion with others.

We plan to podcast many of our favorite small screen shows, but started with one that helped us recognize our shared love of TV – Fox’s hit show from 2011-2018, New Girl.

Join us as we talk about the quirky hit show, New Girl!

Both of us have seen most, if not all, the episodes of New Girl before, but it’s been a while since we’ve rewatched the show.

Listen on Apple!
Listen on Spotify! This podcast covers New Girl Season 3, Episode 15, Exes, which originally aired on February 4, 2014 and was written by Nina Pedrad and directed by Alex Hardcastle. Episode Recap… 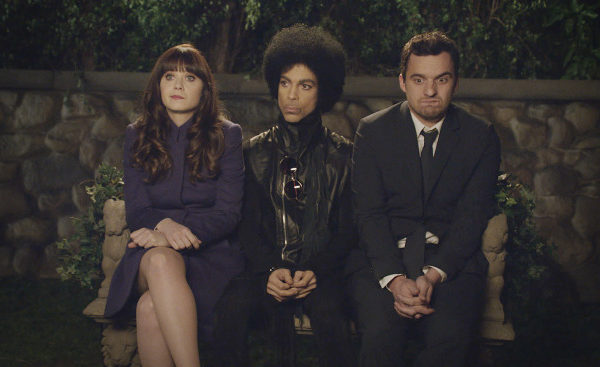 This podcast covers New Girl Season 3, Episode 14, Prince, which originally aired on February 2, 2014 and was directed by Fred Goss and written by David Feeney and Rob… This podcast covers New Girl Season 3, Episode 13, Birthday, which originally aired on January 21, 2014 and was written by Kim Rosenstock and directed by Richie Keen. Episode Recap…

We appreciate your comments and feedback!