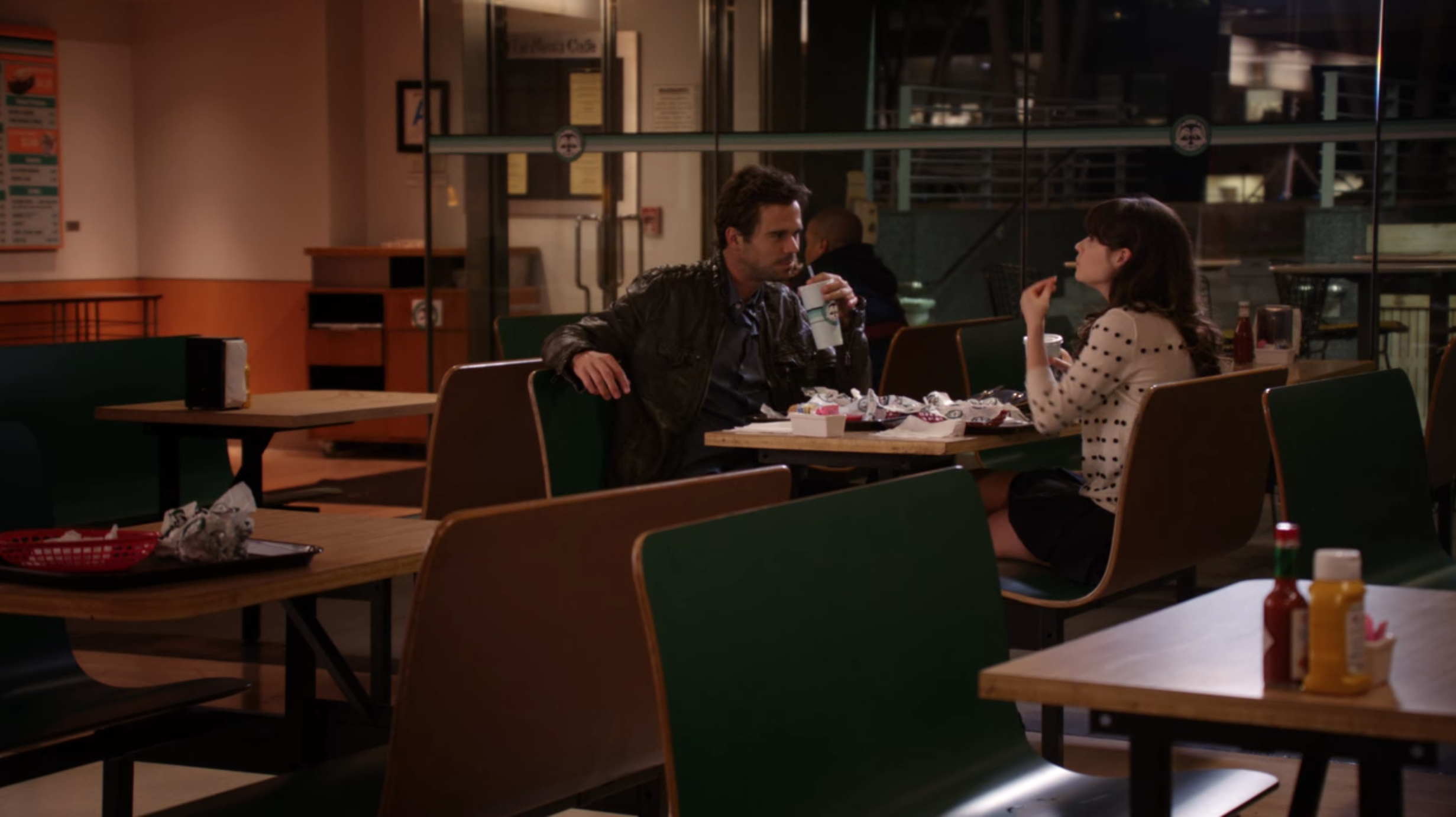 This podcast covers New Girl Season 2, Episode 3, Fluffer, which originally aired on October 2, 2012 and was directed by Fred Goss and written by J.J. Philbin and Kim Rosenstock.

Jess shares with the loft mates that she’s having non-committal sex with Sam, but realizes she needs more to get in the mood. When Schmidt forces the boys to help, Nick ends up serving as her “Emotional Fluffer”. Meanwhile, Schmidt tries to convince a woman he met at a club that he’s a political candidate’s son, “Tugg Romney”. Winston is struggling in this episode as he and Shelby are in a rut.

We also cover Schmidt’s description of how he wants to be Kanye’s friend as the “Schmidtism” in this episode. Our “not” for “In the 2020s” was how Schmidt discussed race in this episode when talking to Winston and Cece but our “yes” for “In the 2020s” was how Nick set his own boundaries for his friendship with Jess. Additionally, we also discussed the careers of David Walton (Sam), and Taryn Southern (Megan).

Also in this episode were the following guest stars who we did not discuss in the podcast: Rebecca Delgado Smith (Courtney, one of the Kappas), Anisha Adusumilli (April, another Kappa), and Tarina Pouncy (the waitress).

This episode got an 8/10 Rating from Kritika and an 8.5/10 from Kelly and we both had the same favorite character: Nick!