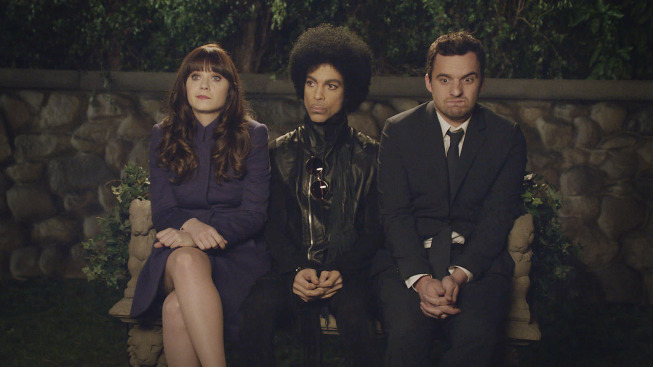 This podcast covers New Girl Season 3, Episode 14, Prince, which originally aired on February 2, 2014 and was directed by Fred Goss and written by David Feeney and Rob Rosell.

When Jess and Cece get invited to a party at Prince’s house, Nick accidentally drops the L-word while Jess is leaving. Both he and Jess try to figure out what their feelings are, with some help from Prince.

This episode we looked into Prince and focused on these areas:

This episode we discuss which one of us is most likely to “fire and ice” their way into a party, say “I love you” first, drop the “L word” unplanned, and go to a celebrity party if we were invited. We also cover Schmidt’s description of Nick’s cargo pants as our “Schmidtism”. We do not have an “In the 2020s” segment this episode and combined our pop culture and guest star section and gave a brief look into the following people who played themselves: Clayton Kershaw, Alessandra Ambrosio, Ana Beatriz Barros, and Lais Ribeiro.

We also discuss the resurface of the Ford product placement and the only bear we could find is when Schmidt lost his “bearings” in the hedges.