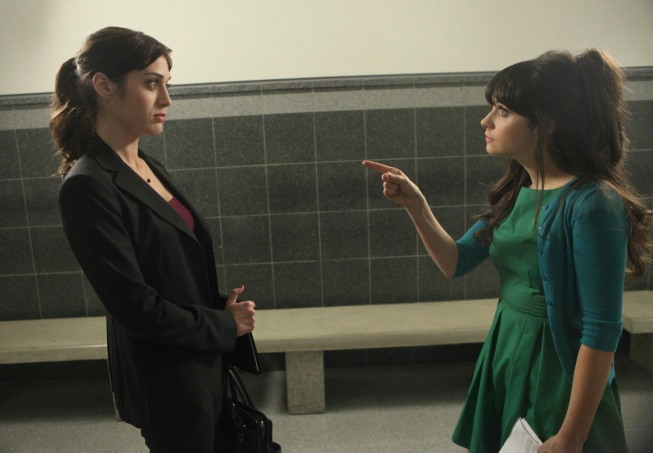 This podcast covers New Girl Season 1, Episode 11, Jess & Julia, which originally aired on January 31, 2012 and was written by Luvh Rakhe and directed by Jake Kasdan.

Jess is excited to have another girl in the apartment and wants to bond with her, starting with asking her for help in a legal case. Unfortunately, Julia’s not interested in being friends with Jess and they get into a fight. Meanwhile, Winston’s trying to reconnect with an old flame and Schmidt spends the episode mad about having a damp towel.

We also cover an honorary “Schmidtism” discussing the final bathroom scene and also talk about Schmidt trying to give Winston dating advice which is also kind of a “Not in 2020” moment. This week’s “Not in 2020” also discusses the way Julia and Jess talk about stepping into each other’s careers and workplace culture in general. The Guest Stars we highlighted on this episode were Lizzy Caplan and Kali Hawk.

This episode got a 8.5/10 Rating from Kritika and 9/10 from Kelly and we both had the same favorite character: Jess!

Thanks for listening and stay tuned in 2 weeks for Episode 12!