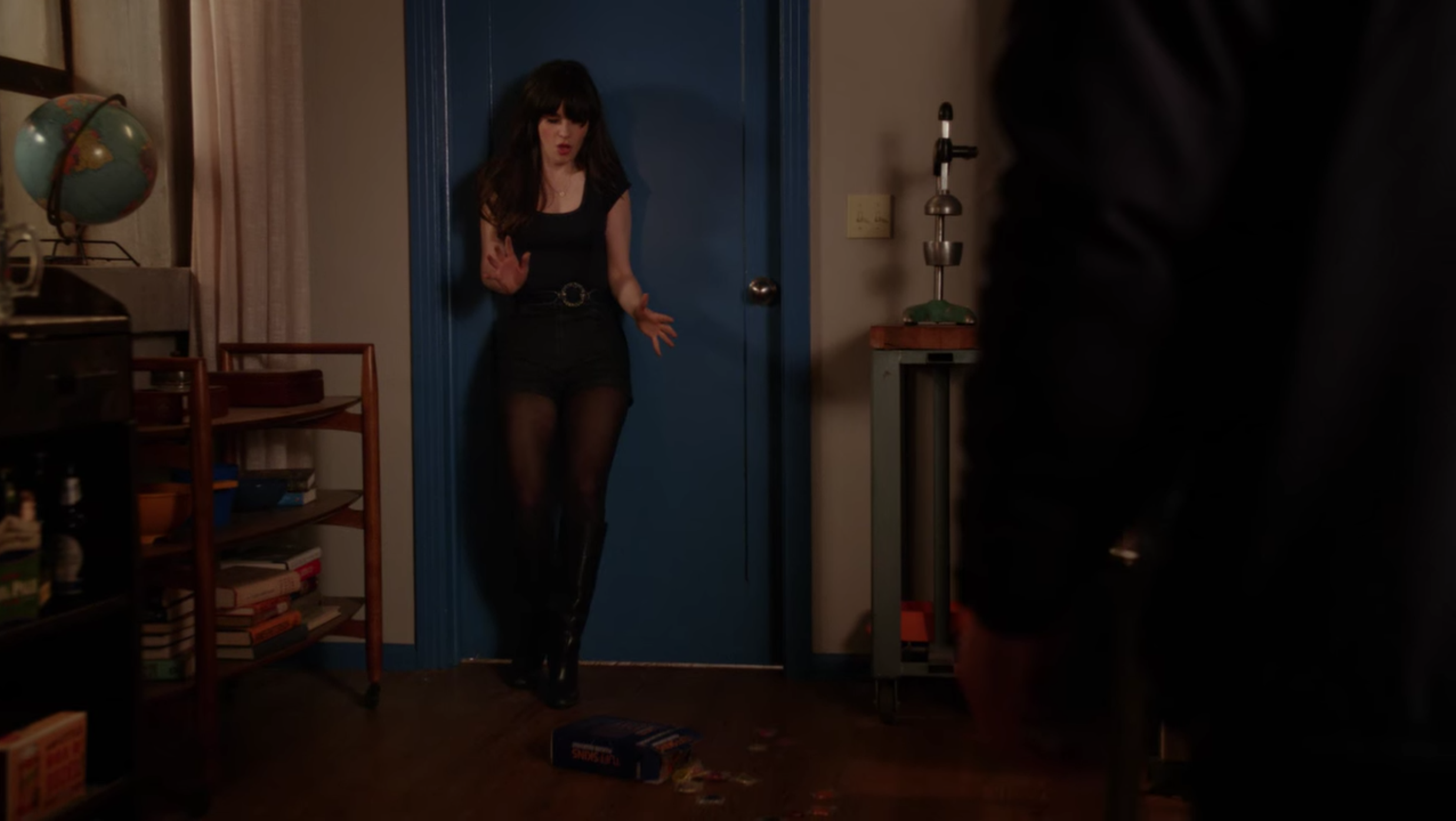 This podcast covers New Girl Season 1, Episode 13, Valentine’s Day, which originally aired on February 14, 2012 and was written by Lesley Wake and directed by Tucker Gates.

It’s Valentine’s Day and Nick is planning a classic Valentine’s date with Julia, Winston’s starting what he thinks is a budding romance with Shelby, Jess is looking for a one-night stand with the help of Schmidt and Cece. At the end of the night, no one gets what they were looking for.

On this episode’s Pop Culture section we focused on Schmidt’s Desert Island Book List, which are:

We also cover “Schmidtisms” when Schmidt is cheering Jess up at the end of the episode, and of course, we covered YOUTHS! For “Not in 2020” on this episode we discuss the way the writers addressed Schmidt’s repeated acknowledgement of Cece’s ethnicity and how that parallels with how Kyle interacts with her. Additionally, Julia uses the Chinese philosopher Confucius as a mean joke to her coworker. We also explore the careers of Clark Duke and Ryan Kwanten, the guest stars of this episode.

Additionally in this podcast we discussed our Desert Island Books and while Kritika couldn’t choose one and defaulted to a Harry Potter book, Kelly’s choice was A Tree Grows in Brooklyn.

Thanks for listening and stay tuned in two weeks for Episode 14!