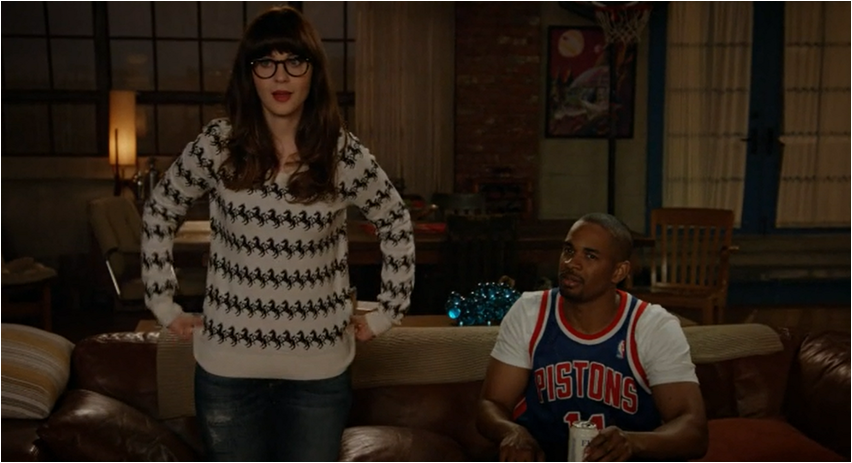 This podcast covers New Girl Season 3, Episode 12, Basketsball, which originally aired on January 14, 2014 and was written by Rebecca Addelman and directed by Lorene Scafaria.

Jess tries to bond with Coach by pretending to like basketball which leads to a feud with Nick. Meanwhile, Winston shadows Schmidt at work while he’s training a new guy!

This episode we discuss which one of us is most likely to fake being into something to make friends, steal someone’s idea, have loose olives under your bed, and not support your partner’s team. We cover the moment where Schmidt shares that Ed out-sharked him to Cece and Winston as our “Schmidtism” this episode. For “Not in the 2020s” we chat about the men vs women dynamics and some of the ageism. For “Yes in the 2020s” we discuss the moment where Nick yells out how he was going to respectfully take Jess. We also give a brief look into Bob Gunton (Ed), the Guest Star we feature in this episode.

Also in this episode were the following guest stars who we do not discuss in the podcast: Gillian Vigman (Kim – Previously Discussed in S1E12), Selina Kaye (Waitress), and Adam Michna (Bar Patron).

We also chat about how the writers landed on this plotline but we did not find the bear this episode.

This episode got an 7/10 rating from both Kritika and Kelly and both had the same favorite character: Nick!

Thanks for listening and stay tuned for Episode 13!