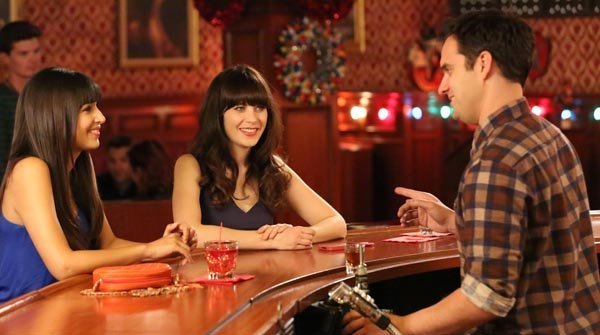 Jess seeks the aid of her friends to help her determine if she should take a new job and they all share moments of their life where they had to make a big job related decision.

This episode we reenact Schmidt describing the scotch, his story title “Kablamo McYeah Bro”, and his flabbergast button as our “Schmidtism”. For “Not in the 2020s” we discuss the consistent fat shaming and our “Yes in the 2020s”  include Nick’s support of the other characters and everyone taking charge of their lives. We also give a brief look into Bart McCarthy (Kevin-97) and Brian Posehn (Biology Teacher), the guest stars in this episode.

This episode we chat about the other Billy Joel references Schmidt made in S3E6 and how in the flashback he was wearing a Livestrong jersey who we covered in pop culture on S3E3 of our podcast. We didn’t find the bear this episode but we believe it is the bear on the California state flag in Jess’s classroom.

Thanks for listening and stay tuned for Episode 12!