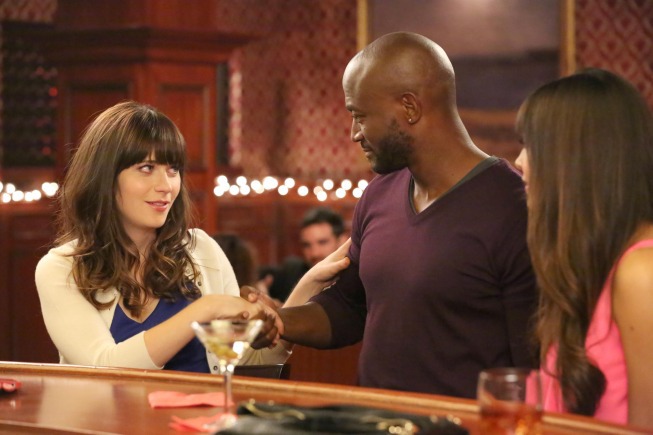 This podcast covers New Girl Season 3, Episode 7, Coach, which originally aired on November 5, 2013 and was written by David Feeney and directed by Russ T. Alsobrook.

Coach moves back into the loft after a breakup and chaos ensues when the guys go to a strip club. Meanwhile, Jess is testing the limits with Nick.

In this episode’s Most Likely To we discuss who would accidentally take out a lot of money from a specialized ATM, think a phone number is sexy, hide their feelings until they burst, and get in a silly drunk fight. We also cover a “Schmiditsm” of Nick and Schmidt fighting in the car. For “Not in the 2020s” we highlight a lot of the way Coach spoke and Artie refusing to leave Jess’s bed. In our “Yes in the 2020s” we cover how Coach is in touch with his emotions and Cece realizing she was projecting onto Jess and then supporting her. We also give a brief look into Taye Diggs (Artie), the Guest Star we feature in this episode.

We also share some of the news from the time the episode released about Damon Wayans Jr. returning as Coach and how “mah-gaa-leesh” doesn’t appear to be a real word. The only bear we found in this episode was the reference to Jay Cutler.

This episode got a 6/10 rating from Kritika and 7/10 from Kelly and we both had the same favorite character: Nick!

Thanks for listening and stay tuned for Episode 8!