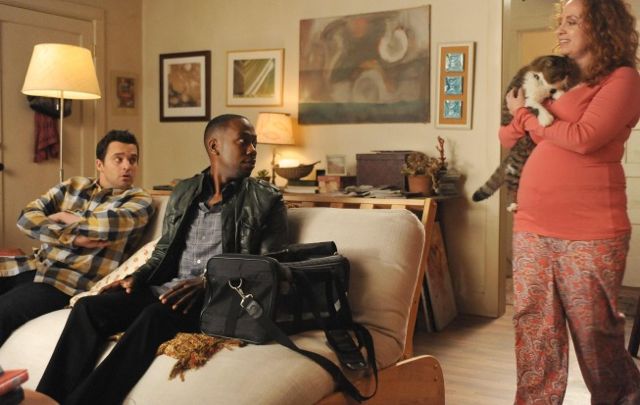 This podcast covers New Girl Season 3, Episode 9, Longest Night Ever, which originally aired on November 19, 2013 and was written by Ryan Koh and directed by Nicholas Jasenovec.

Coach asks Cece on a date and Jess works to distract Schmidt. Nick lost Winston’s cat Ferguson and they found themselves at Bertie house.

Also in this episode were the following guest stars who we do not discuss in the podcast: Nakia Burrise (Beaming Woman), Joel Gelman (Officer Bill), and Carlie Casey (Kate).

Unfortunately, we did not catch the bear this episode.

This episode got a 7/10 rating from both Kritika and Kelly; Kritika’s favorite character was Schmidt and Kelly’s favorite was Jess.

Thanks for listening and stay tuned for Episode 10!