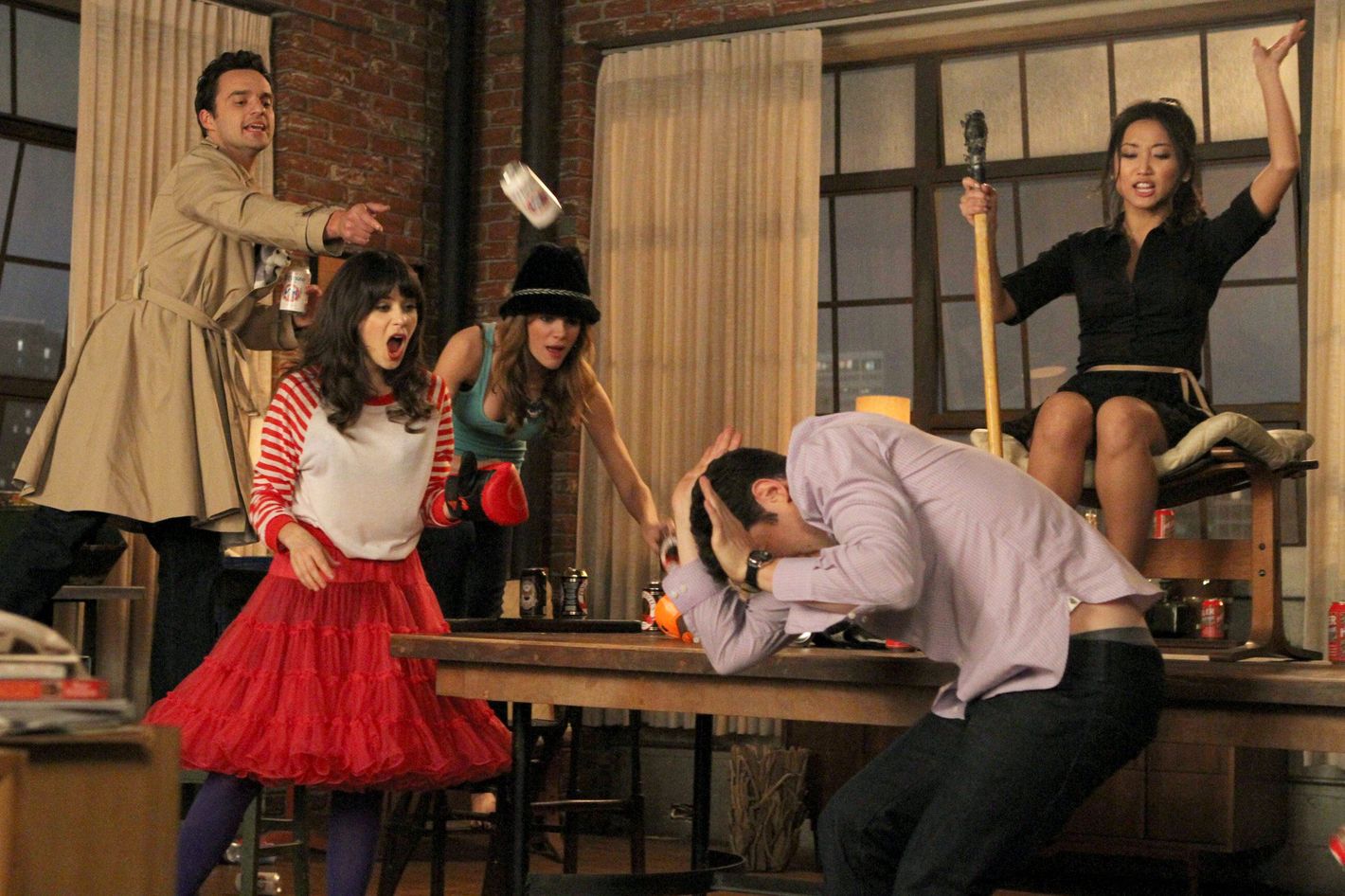 This podcast covers New Girl Season 2, Episode 15, Cooler, which originally aired on January 29, 2013 and was written by Rebecca Addelman and directed by Max Winkler.

The guys determine they’re all ready to have sex again and have a night out togther. However, Jess gets paranoid while she’s home alone, and makes the guys come home early. She tries to show them she’s not a “cooler” so they play their second on-screen game of True American, which leads to an exciting predicament for Jess and Nick shippers…

We also cover Schmidt’s dismissal of Shivrang’s “English” accent as our “Schmidtism” this episode as well as give Schmidt’s dancing an honorary Schmidtism. In our “not in the 2020s” section we talk about how Schmidt makes light of Nick being sad. We also discuss how Cece “lying” for Schmidt so he can move on is a “yes in the 2020s” moment as well as how comfortable Sam was in his relationship with Jess. We also explore the careers of Brooklyn Decker (Holly), Sal Stowers (Yeah, Yeah, Yeah, Girl), and Andree Vermeulen (Beth), the guest stars of this episode.

Also in this episode were the following guest stars who we do not discuss in the podcast: David Walton (Sam – discussed on S2E3), M. Hasna M. (a movie-goer), Jocelyn Osorio (Andrea), Katie Wee (Palm Reading Girl), Brenda Song (Daisy), and Satya Bhabha (Shivrang).

Additionally in the podcast we discuss how the beer that the loft is drinking is Heisler beer and mention a few other shows that also use this fake beer brand. We had also previously included links to find “instructions” on how to play True American on S1E20’s show notes which can be found here.

This episode got a 10/10 Rating from both Kritika and Kelly and we both had the same favorite character: Nick!