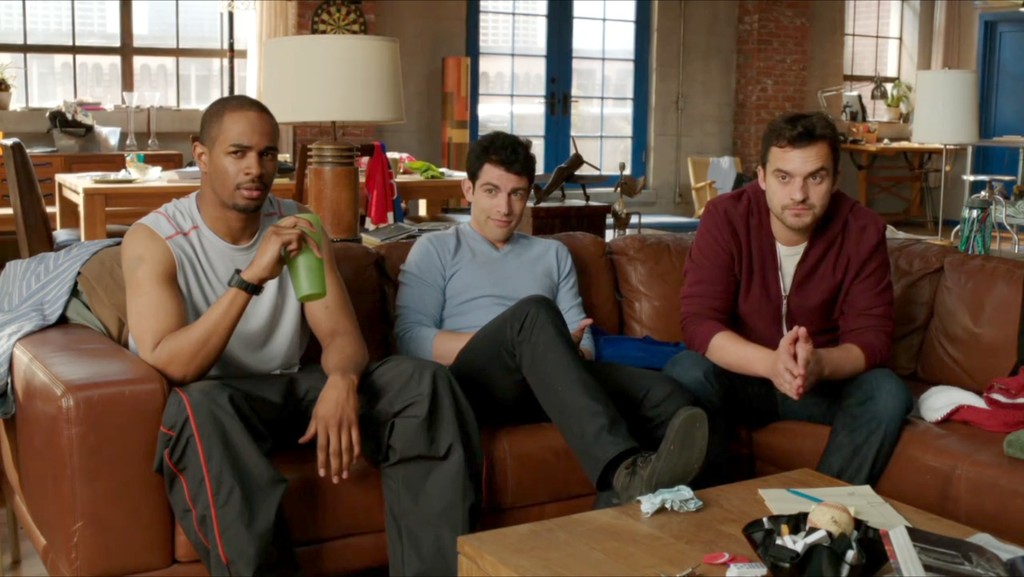 This podcast covers New Girl Season 1, Episode 1, Pilot which originally aired on September 20, 2011 and was written by Elizabeth Meriwether and directed by Jake Kasdan.

The episode starts off with Jess telling someone about why she needs a new apartment and we learn through a flashback that she caught her (now ex) boyfriend cheating on her when she surprised him at their home. The camera pans to three men sitting on a couch: Coach, Schmidt, and Nick. The boys start to argue about whether Jess can move in with Schmidt wanting her to move in since her best friend is a model and Coach not wanting to live with her. Nick is undecided so Schmidt takes an executive decision and Jess moves in. She spends her days crying on the couch watching Dirty Dancing until Schmidt helps her rebound. Jess ends up meeting someone while Schmidt is bugging Nick to message his ex to get them into the “Wild Wild West Party” that they go to every year. Nick caves and texts his ex, Caroline, to get them into the party and the boys meet Cece as Jess is getting ready for her date. The boys go to their party and find out that Jess has been stood up so they go to the restaurant to cheer her up and end up watching Dirty Dancing together.

We also cover a “Schmidtism” when Schmidt first met Cece, how the Wild Wild West Party and changing yourself to get laid is “Not in 2020” and give a quick look into Jack Yang, the Guest Star we feature in this episode.

This episode got a 7/10 Rating from Kritika and 6/10 from Kelly and we both had the same favorite character: Nick!

Thanks for listening and stay tuned for Episode 2!