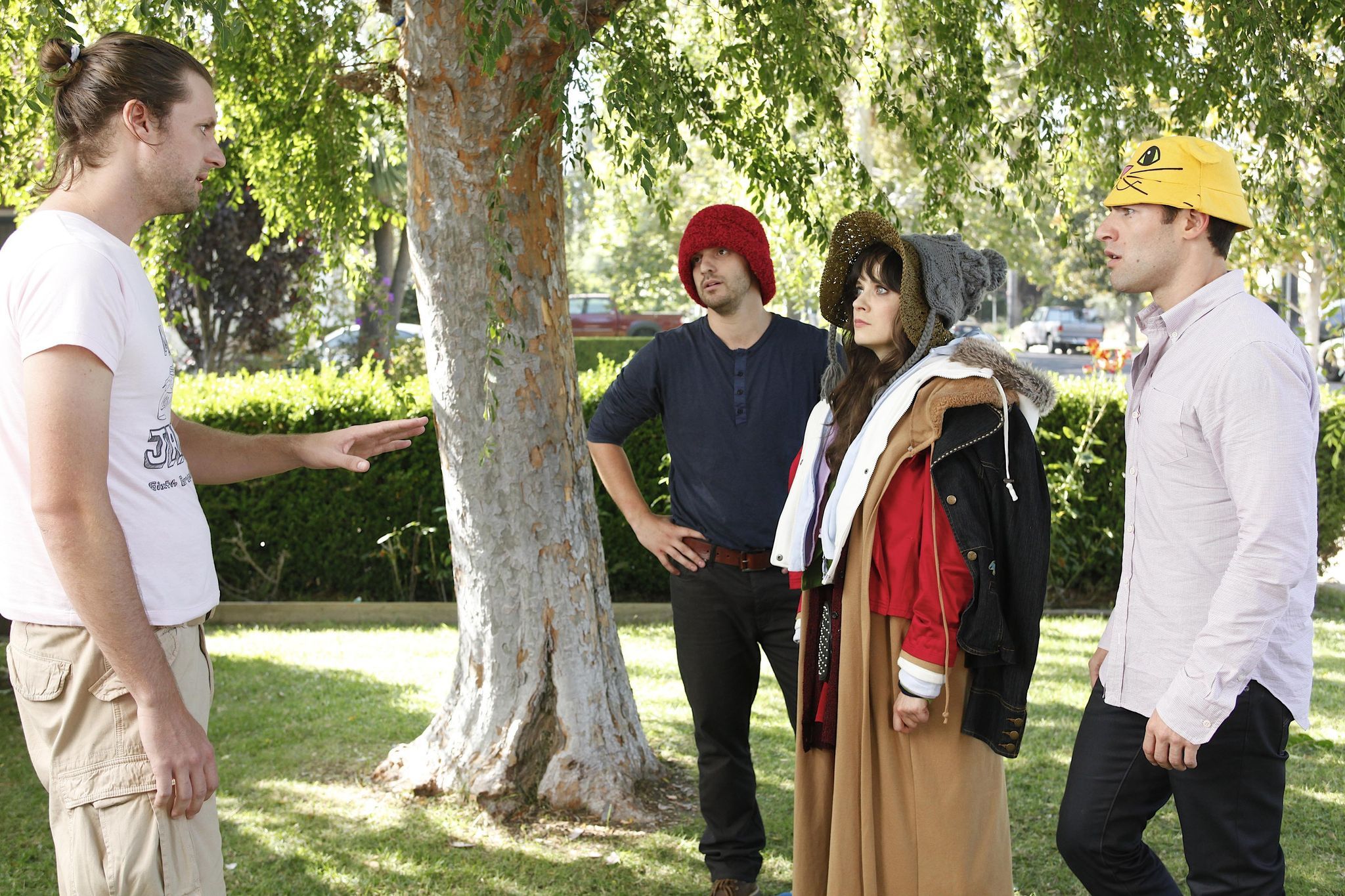 This podcast covers New Girl Season 1, Episode 2, Kryptonite, which originally aired on September 27, 2011 and was written by Elizabeth Meriwether and directed by Jake Kasdan.

In this episode, Jess meets Winston who returns from playing pro basketball in Latvia. The guys are trying to motivate Jess to get her things from her ex-boyfriend’s, Spencer’s, house, especially after Jess breaks Nick’s TV. Jess tries talking with Spencer but struggles to stand her ground; Spencer is her ‘Kryptonite’. In a moment of weakness she drives Spencer’s new girlfriend to the airport and later tries to steal an old TV from a pawn shop. The guys and Cece finally go with Jess to Spencer’s house to retrieve her things and all stand with her and help! Meanwhile the guys are trying to sort out room assignments in the apartment because Winston wants the large room. In the end, after lots of reverse psychology, Winston amicably ends up with the big room.

We also cover “Schmidtisms” when Schmidt is showing Nick his new thumb ring and then when he later slaps Spencer. For “Not in 2020” we discuss the gender roles in media of Men vs. Women including the “He Said, She Said” when Cece and Schmidt are in the car, when Schmidt dismisses Cece by telling her “men are working” and Nick telling Jess to “Punch it like a man”. We also give a brief look into Ian Wolterstoff, the Guest Star we feature in this episode.

Thanks for listening and stay tuned for Episode 3!