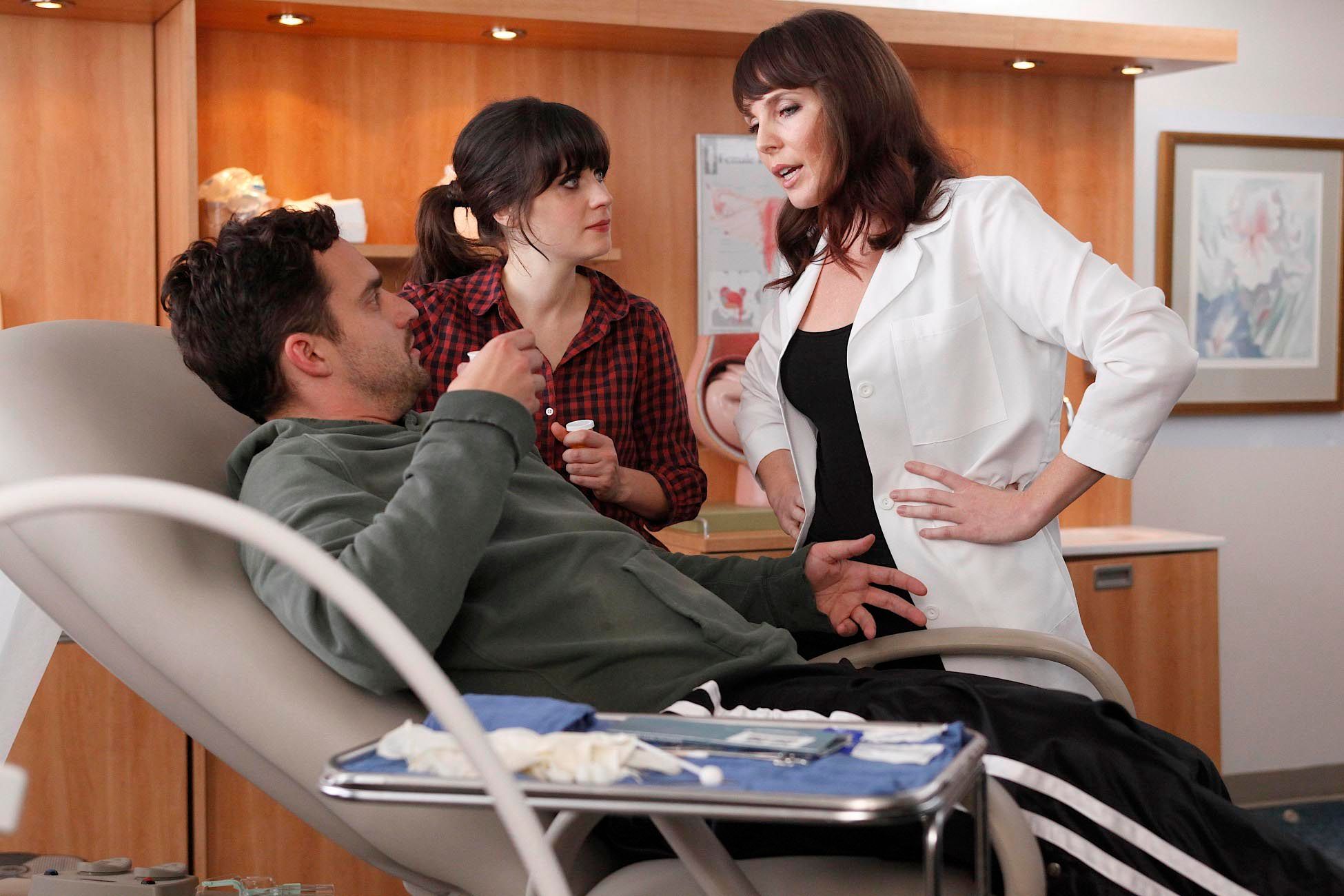 This podcast covers New Girl Season 1, Episode 15, Injured, which originally aired on March 6, 2012 and was written by J.J. Philbin and directed by Lynn Shelton.

During a game of touch football, Jess accidentally tackles Nick, leaving him injured. She takes him to see her gynecologist friend, Sadie, who gives him meds for his back but notices an abnormal growth on his neck which leads to him taking an ultrasound that he couldn’t afford. The gang all deal with his potential diagnosis in different ways, but Nick and Jess bond. In the end, Nick is okay and the gang is closer than ever.

We also cover “Schmidtisms” when Schmidt is comparing the death of Cece’s dad to a cat and later commenting on the soot coming in from the floors of Winston’s car. On this episode, we also discussed how Schmidt told Jess to run to the car while playing football and how that was a “Not in 2020”. Additionally, we explore the careers of June Diane Raphael and Ben Hoffman, the guest stars we highlighted in this episode.