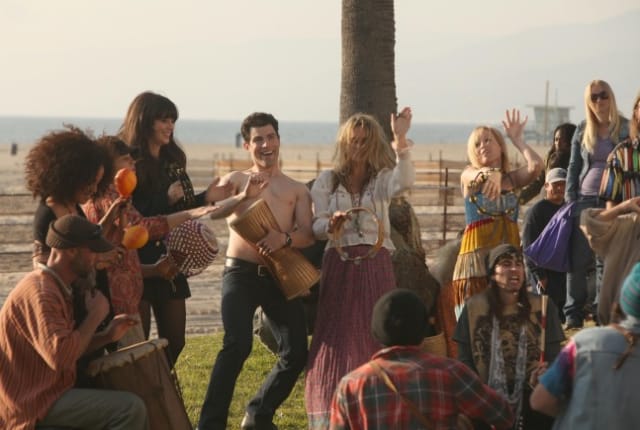 This podcast covers New Girl Season 1, Episode 16, Control, which originally aired on March 13, 2012 and was written by Brett Baer and directed by Jesse Peretz.

In this episode, Schmidt is dealing with his need for control. When Jess tries to bring in new furniture to the loft, Schmidt can’t handle it. Jess tries to get him to loosen up but it backfires and he starts becoming the opposite of himself. Meanwhile, Winston and Nick are trying to settle debts after a pricey poker game.

In this podcast we briefly discuss Shia LaBeouf and wanted to note that this was recorded prior to being aware of the recent allegations against him.

The “Schmidtism” we cover in this episode is when Schmidt tells Cece about how he’d rather have tetanus than damage his suede shoes. We also discuss the impact of Jess using the word “crazy” to describe Schmidt as a “Not in 2020”. We didn’t have any notable guest stars in this episode to cover.

This week we also answered a great question from the instagram user @titus_dominguez48. Check out our podcast to hear both our spoiler-free and our all-time answer to: “If you could hang out with one character from the loft for a night, who is it and what are you doing?”

We also reference The Big Short as another movie about the 2008 financial crisis on this episode and the website nickmillertime.com.