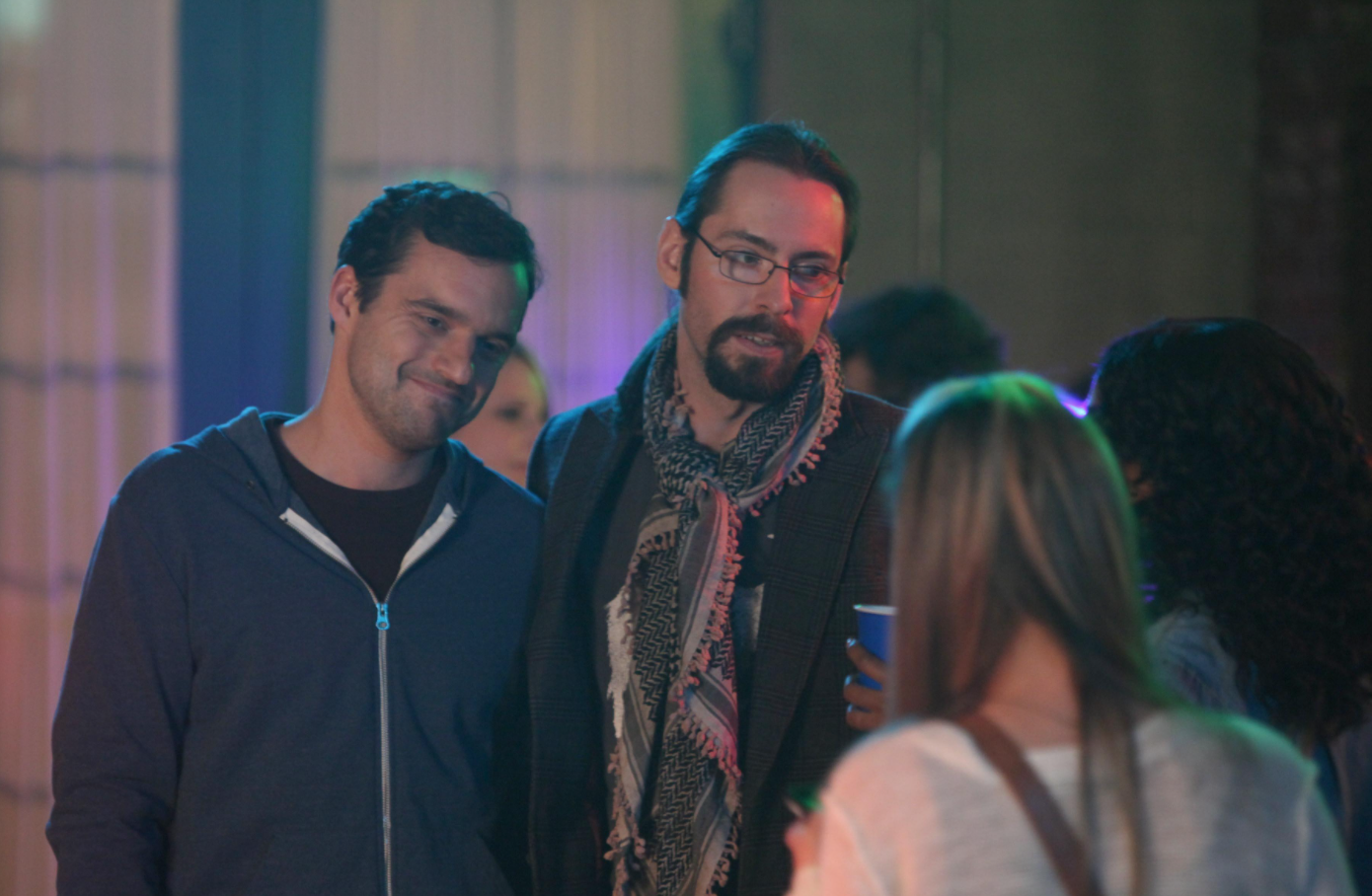 This podcast covers New Girl Season 1, Episode 18, Fancyman Part 2, which originally aired on March 27, 2012 and was written by Berkley Johnson and Kim Rosenstock and directed by Matt Shakman.

In this episode, Jess recaps her awkward first date with Russell and after discussing it with the guys and Cece, asks Russell out for a second date. It also goes awkwardly, but they are able to talk it out by the end of the episode. Meanwhile the “smartest guy [Nick] knows”, Dirk, is visiting and they end up having a large house party at the loft with “undergrads”. Winston and Shelby realize they don’t want to have space between them and Winston finally learns that Schmidt and Cece have been hooking up.

Bathroom (Bear) References
When Jess walks into the bathroom and sees Dirk peeing with a t-shirt and no pants on, she and the guys make quite a few references to the below characters who also wear some clothes but no pants:

This week in our “Schmidtism” we cover Winston asking to borrow the “Manbulance”. For “Not in 2020” we discuss Jess’s problematic behavior at the party and Schmidt’s continued fetishization of Cece’s skin color. We also give a brief look into Martin Starr, the Guest Star we feature in this episode.

Thanks for listening and stay tuned for Episode 19!