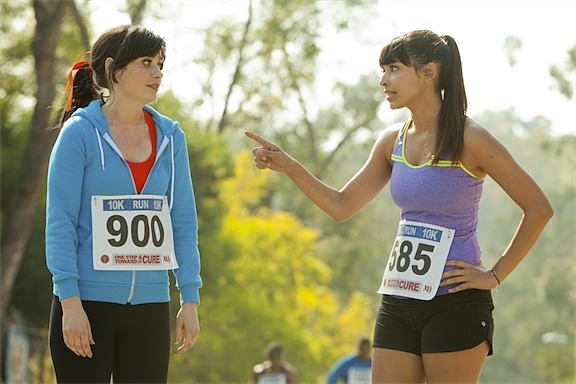 This podcast covers New Girl Season 1, Episode 19, Secrets, which originally aired on April 3, 2012 and was written by Josh Malmuth and directed by David Wain.

Winston spills the beans about Cece and Schmidt sleeping together and Jess finds out. She and Cece spend the episode fighting while Schmidt helps Nick channel his inner douche to get used to casually sleeping with 20 year olds.

We also cover “Schmidtisms” when Schmidt talks about being a quiet breather and when Schmidt is teaching Nick to be a douche. For “Not in 2020” on this episode we discuss Schmidt defining his worth by his sexual paramours, his continuous fetishizing of Cece, and the writers making jokes based off of races. We also explore the careers of Katrina Bowden and Jessica Blair Herman, the guest stars of this episode.