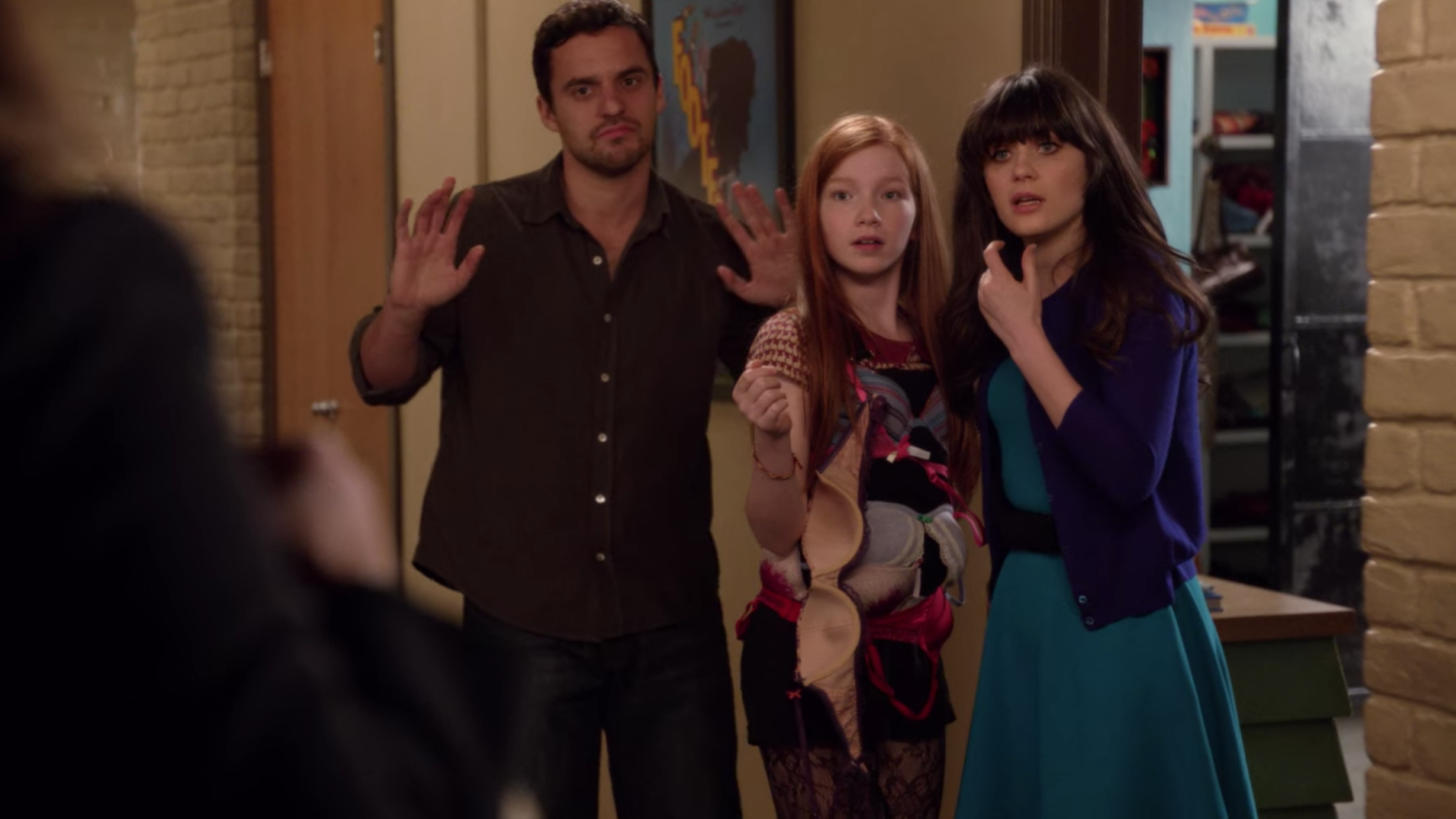 This podcast covers New Girl Season 1, Episode 21, Kids, which originally aired on April 17, 2012 and was directed by Tristram Shapeero and written by Donick Cary and Lesley Wake.

In this episode, Cece realizes she might be pregnant and both she and Schmidt are freaking out while Jess tries to babysit Russell’s daughter Sarah who falls in “love” with Nick. Meanwhile, Winston is trying to get his boss to his TV interview.

We also cover the “Schmidtism” where Schmidt calls Nick to ask him out and gave an honorary Schmidtism to Schmidt’s pronunciation of “poppacorno.” For “Not in 2020” we discuss how Schmidt talks about Cece finally becoming a girl and his continued fetishazation of Cece’s skin color. We also give a brief look into Chloe Bridges and Annalise Basso, the Guest Stars we feature in this episode.

Thanks for listening and stay tuned for Episode 22!