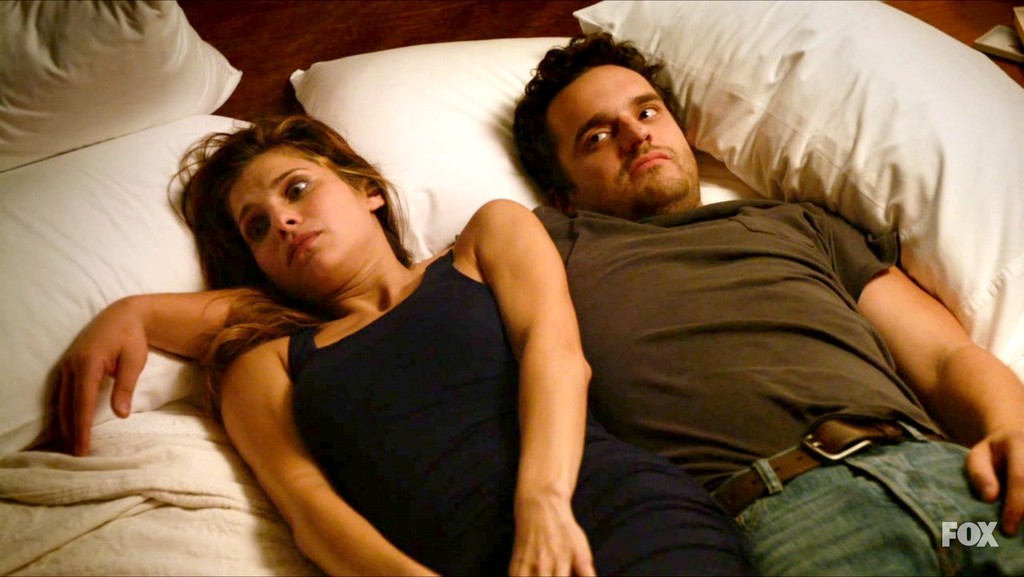 This podcast covers New Girl Season 1, Episode 4, Naked, which originally aired on November 1, 2011 and was written by J.J. Philbin* and directed by Jake Kasdan.

Nick is going on his first date since breaking up with Caroline and in preparation he is psyching himself up by reacquainting himself with his body by awkwardly strip dancing and Jess barges in and sees everything and laughs/shrieks at him. The rest of the episode follows Nick’s anxiety about his body and his ability to hookup with his date. Jess tries to talk about the incident with Nick and make things better. Meanwhile Schmidt helps Winston prepare for job interviews and the two help each other out.

We also cover “Schmidtisms” which is more Schmidt + Winston this episode including moments when Schmidt talks about having Exercise Induced Asthma and when Schmidt and Winston are passing the feeling stick back and forth. For “Not in 2020” on this episode we discuss Winston’s Latvian team “finding another black guy” and Schmidt’s need to measure/see Nick’s genitalia. We also explore the career of Lake Bell, the guest star of this episode.

*In this episode we refer to J.J. Philbin with the pronoun “he” but this was our mistake as J.J. Philbin is a woman.