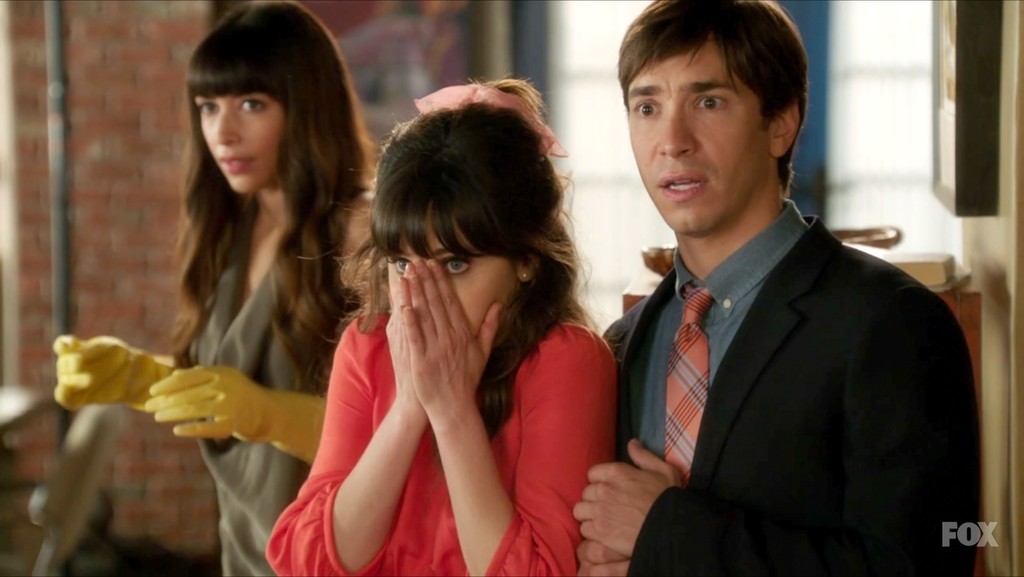 This podcast covers New Girl Season 1, Episode 6, Thanksgiving, which originally aired on November 15, 2011 and was written by Berkley Johnson and directed by Miguel Arteta.

On this episode you may notice that Kritika’s audio sounds a little different than usual because it was storming in Houston when we recorded the episode!

It’s Thanksgiving! Jess invites her co-worker Paul over for Thanksgiving dinner and it’s the first guy she’s liked since breaking up with Spencer and the dinner goes horribly wrong.

We also cover a “Schmidtism” when Schmidt discusses the sexiest holidays (July 4th!). For “Not in 2020”, we discuss how it was weird that the boys watched Jess hug a turkey to defrost it and were even more interested when Cece was going to join in. We also discuss Schmidt and Winston giving Paul a heads up about the sex he was going to have. On a positive note, we also address Paul being told to stop crying like a girl which even New Girl addresses as sexist! Finally, we give a brief look into Justin Long, the Guest Star we feature in this episode.

Unfortunately we couldn’t find the article Kritika mentioned about how Millennials turned Google into a verb but here’s the link to Justin Long’s podcast – https://wondery.com/shows/justin-long/