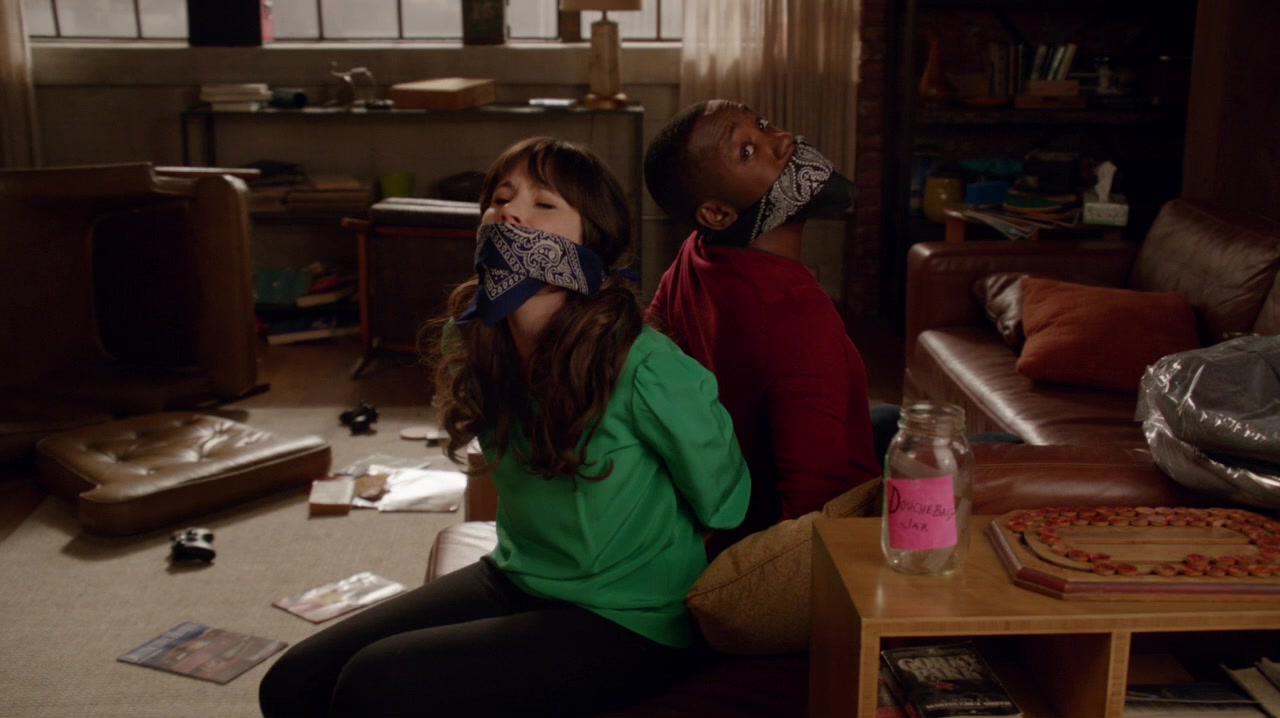 This podcast covers New Girl Season 2, Episode 10, Bathtub, which originally aired on December 4, 2012 and was written by Donick Cary and directed by Tristram Shapeero.

Jess is lobbying the rest of the loft to get a bathtub but the only one onboard is Winston (secretly). Meanwhile, Nick meets a new woman and Schmidt tries to get back together with Cece.

We also cover Schmidt’s double V pitch as our “Schmidtism” this episode. Our “not in the 2020s” included how Nick tried to make Angie’s job more moral and our “yes in the 2020s” included Winston’s eventual comfort in sharing that he wanted a bathtub and the way the show normalized panic attacks and spoke about mental health issues. We also explore the career of Olivia Munn (Angie), the guest star of this episode.

Additionally in this podcast, we discussed how the hose was not on while the bathtub was overflowing and how the way Winston was laying on the roof changed based on where the camera angle was. We also talked about how Olivia Munn was in the movie Magic Mike which is a movie referenced earlier in New Girl when Schmidt dressed up as Matthew McConaughey for Halloween and how at the beginning of this episode, the guys were watching an actual WWF championship match between Hulk Hogan and the Iron Sheik in 1984.