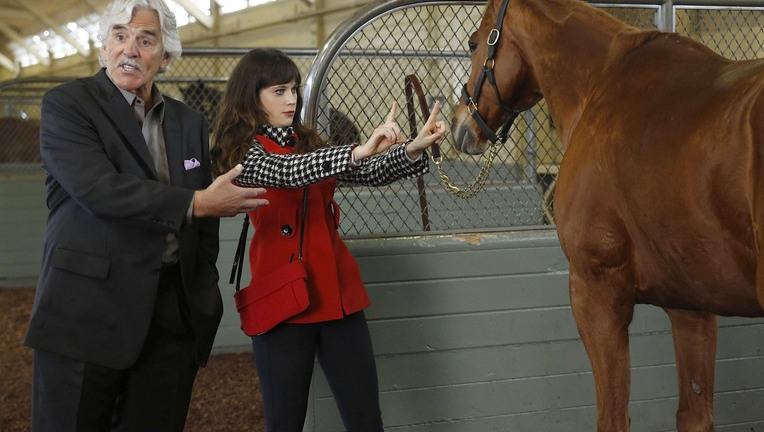 This podcast covers New Girl Season 2, Episode 13, A Father’s Love, which originally aired on January 15, 2013 and was directed by Jake Kasdan and written by Berkley Johnson and Josh Malmuth.

Nick is surprised when his father shows up for an unexpected visit and Jess finds out that he’s a con man when hilarity ensues at a horse race track. Meanwhile, Schmidt runs into Robby and both try to win Cece back.

We also cover Robby and Schmidt’s conversation about elephants as our “Schmidtism” this episode. For our “not in the 2020s” we discuss Schmidt and Robby crashing Cece’s house, how they exclaimed ‘white guy power’, and their lack of sensitivity for others’ cultures. Our “yes in the 2020s” covers Schmidt and Robby’s friendship. We also give a brief look into Dennis Farina (Walt), Stone Eisenmann (Young Nick), and Jordan Fuller (Young Winston), the guest stars of this episode.

We also discuss how the character Pavun Shetty is played by himself and he was a producer on New Girl, how Nick’s room has a picture of Jimmy Croche in it, and how the glass of orange juice that Schmidt knocks over while stalking Cece is upright when he talks to Robby later.

Thanks for listening and stay tuned for Episode 14!