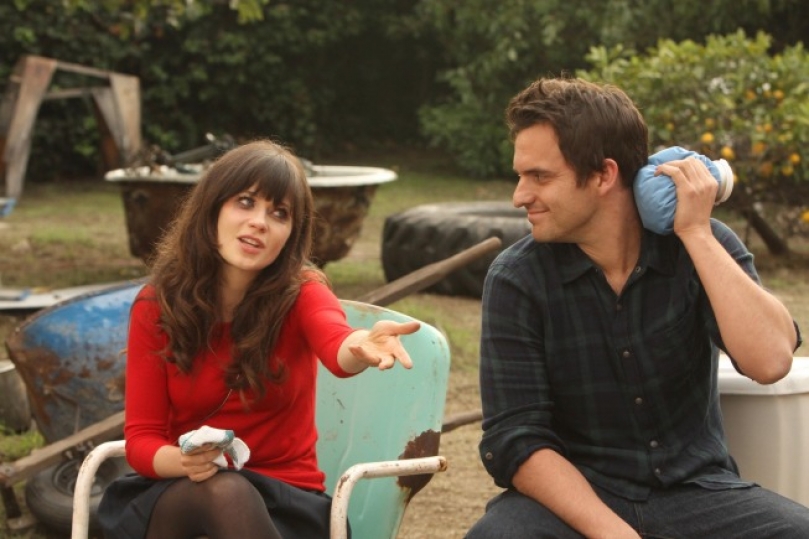 This podcast covers New Girl Season 2, Episode 14, Pepperwood, which originally aired on January 22, 2013 and was written by Nick Adams and directed by Lynn Shelton.

Nick is worried for Jess after he reads a student’s story while Winston finds out about his “Pogo” which prompts Schmidt and the rest of the loftmates to obsessively want to know what their pogo is as well.

Instead of a single “Schmidtism” we share our favorite one-liners like how obsessed Schmidt is with his pogo and give an honorary mention to him dancing like a sea snake. For our “not in the 2020s” we discuss how Cece’s personality is reduced to just her looks and for our “yes in the 2020s” we note how we like the loft’s pogo for Nick is their concern for him. We also explore how Nick protecting Jess is partially in the not and the yes in the 2020s. We also give a brief look into Nate Corddry (Edgar), the guest star we feature in this episode.

Also in this episode were the following guest stars who we do not discuss in the podcast: Marcelo Tubert (Martin), Matthew McCray (Benjamin), Yimmy Yim (Susie), and Marcia Ann Burrs (Old Woman / Edgars mom/partner).

Additionally in the podcast, we discuss how while there isn’t a book about a detective that solves zombie murders, there is a detective show and comic about a zombie solving murders: iZombie. We also mention how Julius Peppers is a defensive end for the Carolina Panthers of the NFL who played for the Chicago Bears from 2010 – 2013 which is likely the inspiration for Julius Pepperwood. Additionally, we mention how the student’s name Edgar is a reference to Edgar Allan Poe.

This episode got an 8/10 Rating from Kritika and a 7.5/10 from Kelly and we both had the same favorite character: Nick!