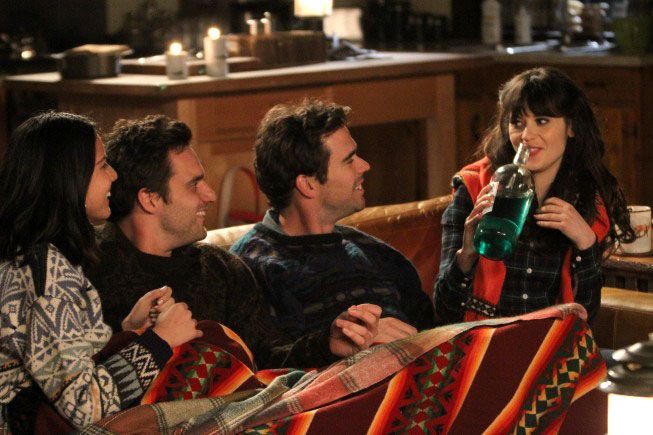 This podcast covers New Girl Season 2, Episode 12, Cabin, which originally aired on January 8, 2013 and was written by J.J. Philbin and directed by Alec Berg.

Jess persuades Nick and Angie to join her and Sam at his boss’s cabin for a weekend away while Schmidt tries to help Winston get back to his “roots” as a Black man.

We cover Schmidt and Winston going to find crack as our “Schmidtism” this episode. For our “not in the 2020s” we discussed the way Schmidt approached trying to be “the Black friend [Winston] never had” and our “yes in the 2020s” included Schmidt wanting to create an open environment to have a frank discussion about race and how Nick shared his true feelings about his relationship with Angie. We also give a quick look into Javier Calderon (Robert), the Guest Star we feature in this episode.

Additionally in the podcast, we discussed the term “jimmies” (which Schmidt used in this episode) and its etymology as well as how Jake Johnson later acted in Drinking Buddies where the couples go to a cabin and do swap partners. We also mentioned how the cabin used in this episode was also used in an episode of The Office in Season 8.

Thanks for listening and stay tuned for Episode 13!