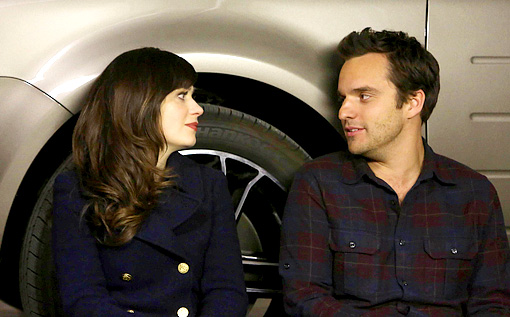 This podcast covers New Girl Season 2, Episode 17, Parking Spot, which originally aired on February 19, 2013 and was written by Rebecca Addelman and directed by Fred Goss.

Schmidt finds a parking spot in the apartment building and he, Nick, and Jess fight over who deserves it. Winston also meets up with Daisy to have sex but dramatically does not have a condom.

We also cover the moment where Schmidt finds out that Nick and Jess were together as our “Schmidtism”. For our “Not in the 2020s” we cover the no nail oath and how Daisy expected Winston to have a condom and didn’t take any ownership. Our “Yes in the 2020s” include the way Winston wanting to sleep with Daisy was something he could be open about and not have any shame around. We also discuss Steve Agee (Outside Dave) and E.J. Callahan (Old Man Driver), the Guest Stars we feature in this episode.

Also in this episode were the following guest stars who we do not discuss in the podcast: Brenda Song (Daisy), Satya Bhabha (Shivrang), Kevin Linehan (Male Cashier), and Happy Mahaney (Condom Guy).

We also discuss this article (which contains spoilers) where we learned how this episode was rewritten from the beginning to the end and how this might be one of Elizabeth Merriweather’s favorite episodes from Season 2.

This episode got a 7/10 Rating from both Kritika and Kelly; Kritika’s favorite character was Nick and Kelly’s favorite was Schmidt.