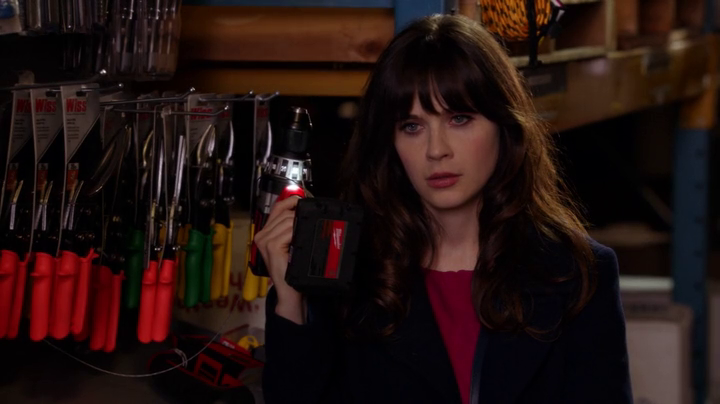 This podcast covers New Girl Season 2, Episode 19, Quick Hardening Caulk, which originally aired on March 19, 2013 and was directed by Lorene Scafaria. The teleplay was written by Ryan Koh and the story was by Brett Baer & Dave Finkel.

Schmidt is not dealing with Cece’s engagement well and decides he needs a lionfish. Meanwhile, Jess is impressed with Nick’s decisions to be more responsible and finds herself wanting to have sex with him.

We cover both the scenes where Schmidt tries to get the lionfish from the aquarium and when he tries to stand up for Nick after seeing his black eye as our “Schmidtisms” this episode. For “Not in the 2020s” we discuss how the men in the bar said that they would buy Jess nachos if she had sex with them and how Jess was telling Nick to “kiss her like a man”, gendering the ask rather than telling him to be more assertive. In our “Yes in the 2020s” we celebrate Nick’s regard for consent and not giving in to Jess’s advances while she was on pain meds. We also give brief looks into Odette Annable (Shane), Sean Taylor (Random Guy #1), and Casey Adams (Random Guy #2), the Guest Stars we feature in this episode.

We also discuss how this is Peter Tuiasosopo’s second New Girl appearance but his first as Big Bob. In the podcast, we share this article (which contains spoilers) where we learned that this episode was more influenced by Cheers than any other in the season and how the showrunners wanted to explore Winston’s dynamic further this season.