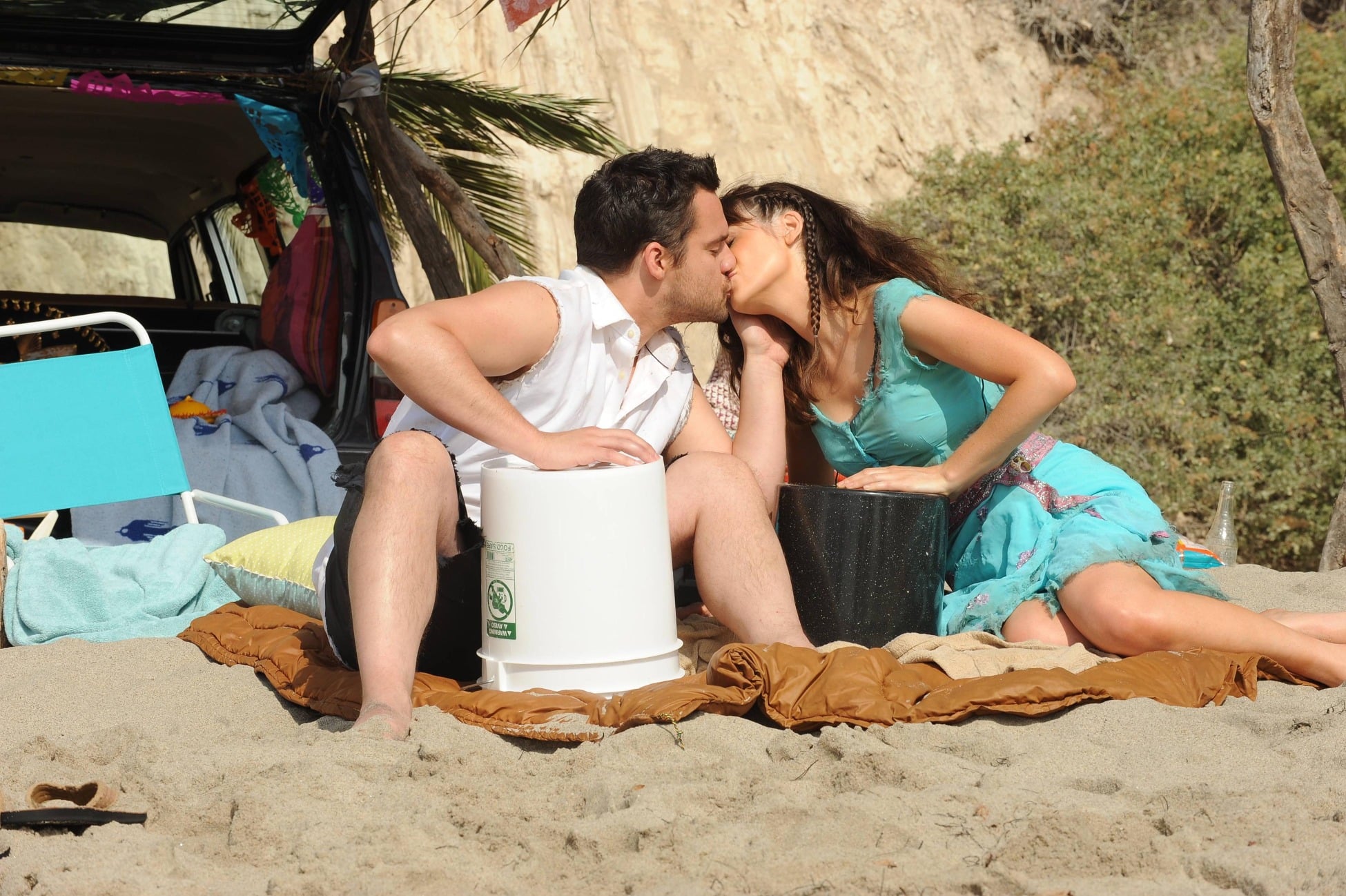 This podcast covers New Girl Season 3, Episode 1, All In, which originally aired on September 17, 2013 and was written by Elizabeth Meriwether and directed by Max Winkler.

Nick and Jess share they’re ready to go “All In” and end up running off to Mexico. Winston and Schmidt continue to feel out their friendship. Schmidt still can’t decide between Cece and Elizabeth and we learn Winston is colorblind!

This season we started a new section of our podcast called “Most Likely To” where we pick moments from the episode and answer which one of us we think best fits that prompt. Listen today to hear who we think is most likely to be really bad at puzzles, wear a sweatshirt on their legs, run away to Mexico, and think things will work out unrealistically!

We also cover two “Schmidtisms” when Schmidt was talking to Cece on the couch and when Schmidt got frustrated that Winston didn’t know what the puzzle was going to look like. For “Not in the 2020s” we discuss how Jess & Nick were the stereotypical tourists in Mexico and Schmidt blamed Cece and Elizabeth for “putting him in this position.”  Our “Yes in the 2020s” centered around Winston agreeing to help Schmidt by making himself look bad to Cece. We also explore the careers of Hemky Madera (Gabriel) and Cole Sand (Little Kid), the guest stars of this episode.

On this podcast we also refer to a few interviews from Jake Johnson, Zooey Deschanel, and Elizabeth Meriwether where they talked about this episode and more of Season 3. We also began to track the bears that are in each episode of New Girl! For this premiere, we couldn’t find the bear ourselves but let us know where you see the bear in this episode!

This episode got an 8/10 rating from Kritika and 7.5/10 from Kelly and we both had the same favorite character: Winston!

Thanks for listening and stay tuned for Episode 2!