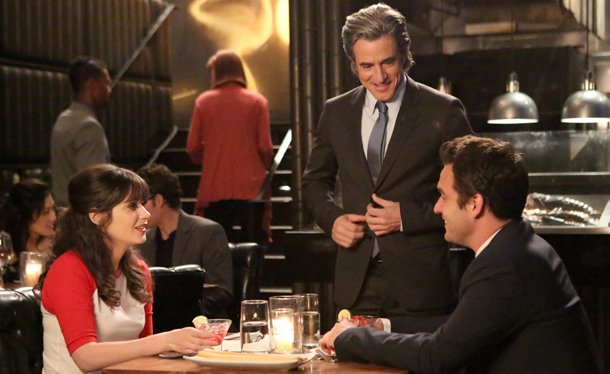 The loft mates are back in LA and Nick and Jess attempt going on their first date, where they run into the only person they’ve both ever loved — Jess’s ex, Russell. Meanwhile Winston and Schmidt continue to bond as they think of ways to sabotage Nick and Jess’s date.

We also cover the scene where Nick asks Schmidt for help as our “Schmidtism” this episode. In our “Not in the 2020s” section, we discuss how Nick was turned on by Jess’s helplessness and how Schmidt and Winston were being selfish and unsupportive of Nick and Jess. We also explore the careers of Chelsey Crisp (Brandy), Ron Funches (Street Musician), and Brian Stack (cop), the Guest Stars we feature in this episode.

In this podcast, we also dive deeper into jaywalking and share how this episode contained a shot that was named #3 of all time most painfully distracting product placement by In Your Face Advertising magazine. We also share this article (which contains spoilers) where we learned that it was during this episode that they were adding a 25th episode to the season and how the motorcycle falling over was an accident as Brian Stack did not really know how to ride a motorcycle.

Thanks for listening and stay tuned for Episode 22!